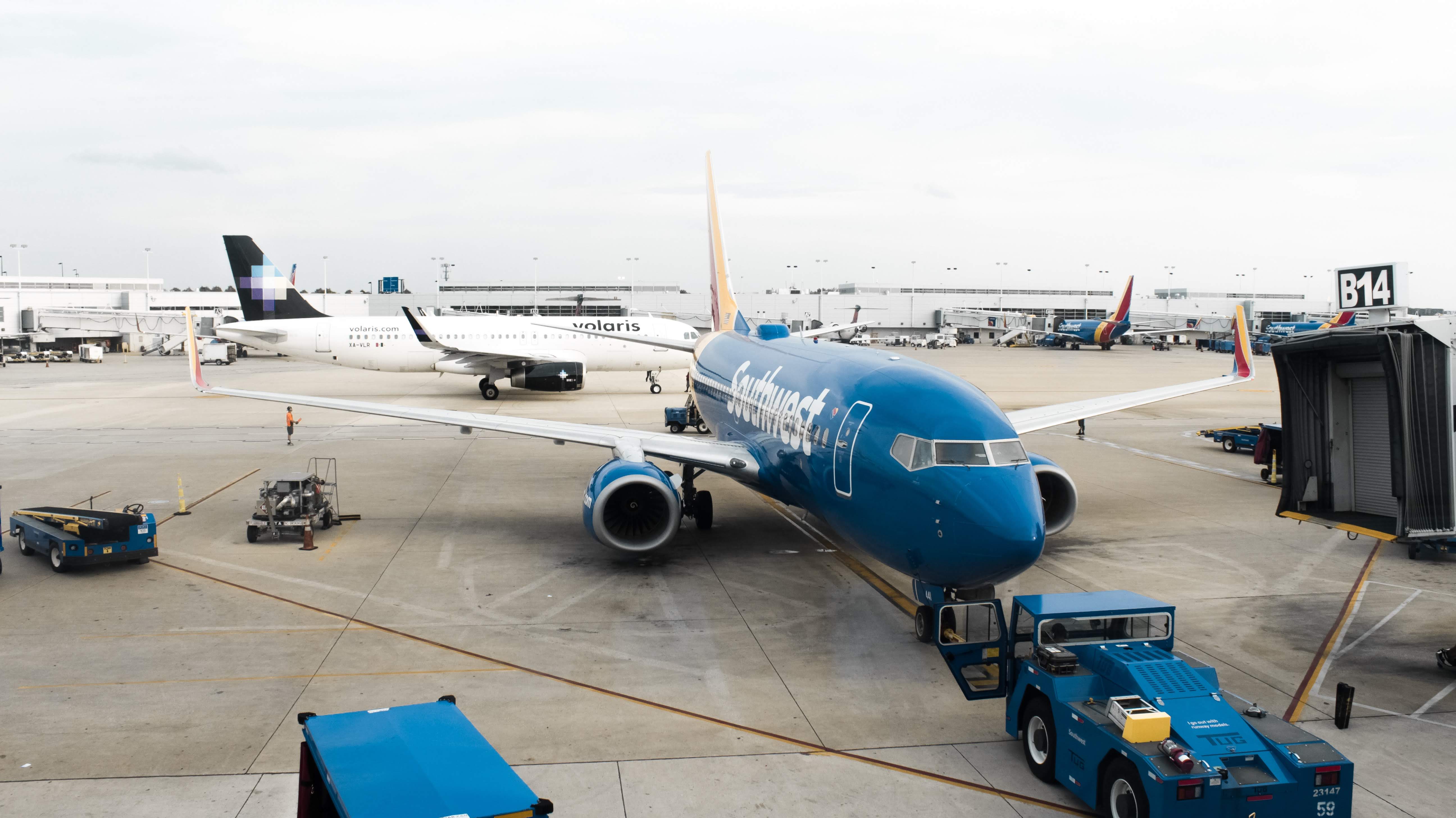 Midway is My Way

Why It's Not America's Worst Airport

On August 7th, travel enthusiasts were greeted by a controversial article titled, “I Spent a Day at America’s Worst Airport; Here’s What It Was Like.” The article appeared on the popular travel insider website ThePointsGuy.com (TPG) and was authored by an in-house social media editor who, according to her TPG bio page, has served for two years managing the website’s “social media strategy and audience engagement efforts.”

As a passionately opinionated travel enthusiast myself, the moment I read the title I expected an article targeting one of the perennially offensive US hub airports like Boston Logan or Newark Liberty. But no, my friends, it was not. What I saw was a header image featuring the inside of a terminal I know all too well, with the logo of my all-time favorite airline displayed across its walls. This article featured Chicago Midway International Airport (MDW), the secondary airport serving the Greater Chicago area and the largest operation within Southwest Airlines's network of over 100 destinations.
‍

My first reaction was one of denial. “No,” I thought to myself, “that can’t be possible!”

I figured maybe TPG had uncharacteristically plunged into the practice of clickbait by using images of a well-loved company’s operating base to draw the curiosity of casual social media scrollers. And let’s be honest. Although TPG is generally good at avoiding the gimmickry used by many websites, my suspicion wasn’t entirely unfounded. Recently, numerous outlets have displayed images of my favorite airline when reporting the details of the ongoing Boeing Max fiasco. Considering this, I assumed that perhaps TPG might have this once committed the same injustice. But upon opening the link, I saw I definitely had not been click baited.

The article begins politely enough by reminding readers that Midway is neither “glamorous” nor “state of the art.” By and large, I understand and accept the sentiment; however, beginning with the second sentence, the entire premise of the article quickly falls apart. The author states that “[Midway] ranked dead last on our [emphasis added] 2019 report of Best and Worst Airports in the US.” Now that is where a major issue arises.

By the author’s admission, the article on Midway is based upon inherent fallacies existing within the construct of TPG’s in-house ranking system. The authors of the official 2019 report—which, coincidentally, was published the same morning as the Midway piece—revealed that in earlier years, TPG only ranked the 30 busiest US airports, yet eventually agreed to rank the top 50 instead, due to “reader feedback and TPG’s staff experience.”

Naturally any ranking system of any publication will incorporate major subjective factors. In fact, a third article was published that day by yet another TPG contributor, explaining the ranking rationale, and further exposing the subjective nature behind some of its evaluations. My problem is not with the method employed. My problem is over the fact that one cannot definitively proclaim an airport as “the worst” in America when you only rank the top 50 busiest airports in a country that is home to hundreds of commercial airports, and is home to an industry that serves hundreds of millions of passengers every year.

If we were to look back at rankings from the years TPG featured only 30 airports, does that mean airport #30 was the worst airport in the country? In 2019, guess who is #30? Chicago O’Hare—the other, much larger Chicagoland airport. I doubt many travelers would have received an article claiming O’Hare as the worst airport in the US if it had ranked 30th in previous years. Granted, some might savor the opportunity to roast the hub for the sake of roasting a hub, but I daresay slapping O’Hare with the “worst” title would have been a very clumsy move for TPG to make.

Interestingly enough, as I compiled my information for this post, I discovered that last year (2018) TPG listed Midway as the 15th best airport in the country. Don’t take my word for it, see for yourself here. In that year, under the old ranking schema, TPG gave New York City’s John F. Kennedy International Airport the unenviable position of #30. Upon reading that, I quickly typed in the website search bar “JFK Worst Airport” to see what would pop up. I found nothing.

I adjusted my search to “worst airport 2018.” Again, nothing.

To be fair, I compared results from last year to this year by typing “worst airport 2019” and received the link to this year’s list of 50. Finally, I typed the generic phrase “worst airport,” without providing a specific year, and was greeted by the now infamous article I am addressing today.

The response on social media revealed that many readers felt the same way I did. Many interpreted the article as basically a smear against Midway. One person tweeted, “There is nothing wrong with Midway. You probably just threw a dart at a map and trashed the nearest airport where you hit.” Another tweet read, “Wow…nothing says ‘I’m out of touch’ with 99.9% of the flying public like saying ‘we’re not in Changi anymore!’”

Wow...nothing says “I’m out of touch” with 99.9% of the flying public like saying “we’re not in Changi anymore!” □

I blinked twice when I read that tweet. But sure enough, upon reviewing the article, about three-quarters to the end, there’s the line, “Toto, we’re not in Changi anymore.”

For context, the statement was made in reference to the construction going on outside of the Midway terminal leading to the arriving passenger pick-up area. The author was obviously unimpressed with the layout, comparing it to the vastly incomparable Changi Airport in Singapore (in case you’re wondering).

But enough about the tweets. For the remainder of this post, I would like to address the content of the article itself. I wish to shed a little light—and hopefully a little more context—on why Midway is what it is, and why it is not the worst airport in America.

First up, the article points out that Midway is a focus city for Southwest Airlines, not a hub. Although Midway is technically the largest operation for Southwest, the author is correct in saying that is it not a hub. Traditionally, Southwest employs the point-to-point connection model as opposed to the hub-and-spoke model of other air carriers; therefore, the airline avoids the use of the word “hub,” because it does not own any official hubs within its network.

As I browse further into the article, I notice the author occasionally places quotation marks around words that I don’t feel need them. Here’s an example: in one sentence, the author went to the closest “restaurant” for bottled water. Then the author went on to discuss other details about her “stay.” Hmm. Not sure what the quotations are for—but whatever it is, me thinks it isn’t nice.

The verbiage used to describe the atmosphere, the service, the terminal, the decor, the layout, the experience—basically everything—was, in my opinion, passive aggressively hostile. Bits like “excruciatingly slow,” “bland and boring,” “dreary,” “relatively normal-looking,” and “grim” are strewn throughout the piece. Nevertheless, one sentence in particular did stand out to me more than any other. It appears halfway through the article where the author says, “The entire airport felt something like a Southwest fan convention.”

The entire airport felt something like a Southwest fan convention.

She's right. Midway is a Southwest fan convention! When you fly into a Southwest stronghold, you’re definitely going to experience the LUV.

But no matter how the she felt, I agree with many readers that the way the author expressed herself was odd, especially for a TPG publication, and I can see how her tone impressed certain readers as petty, if not downright condescending. I think the saving grace for the author is that she acknowledged how nearly every person she met in the airport truly loved Midway—and for the very reasons it was knocked in the article.

You see, Midway is not a hub, nor is it trying to be. Ever since O’Hare was created years ago, Midway has been the alternate. The second-best. The simpler, nicer, and somewhat less sophisticated version of what O’Hare aims to be today. Does that make Midway the worst airport in the country? Absolutely not. It means that Midway strives to maintain a certain warmth and charm many everyday travelers struggle to find in the more sophisticated stations like O’Hare.

I have never visited O’Hare, so I can’t rightly comment on anything that is there, but I’ve visited Midway, and even made a trip there after the August 7th article was published. Each time I visit, I recognize a certain spirit that exists there which makes Midway the endearing airport that it is. Many international travelers may find no purpose using Midway, but that’s okay. Many major airline do not serve Midway, but that’s okay too. Frankly, the people who use Midway enjoy it for what it is.

Midway is an easy train connection away from the downtown Chicago Loop, an easy drive from outlying towns throughout northeast Illinois and northwest Indiana. The history behind the airport makes it a true paragon in American aviation history. Those who frequent its terminal recognize that fact, and are willing to accept the more limited dining options, lack of lounges, and hand dryers that “sounded like someone was screaming.” (Yep, she said that too!

But in spite of all the apparent limitations, Midway is evolving and growing. According to the airport website, the airport is undergoing a renovation process dubbed the “Midway Modernization Program.” This program is the largest improvement program the airport has seen in twenty years, uses no local or state tax dollars to complete, and most importantly creates nearly 2,000 jobs for residents of the local community. Once complete, the airport will enjoy a new 80,000-square-foot TSA operations pavilion; 18,000-square-feet of additional space for concessions; and dozens of new shops and restaurant brands for passengers to enjoy. According to the airport website, all of this will be complete in 2020.

In conclusion, I understand why the author of the TPG article felt the way she did about Midway. I’m not criticizing her for that. My issue with is the way the content was presented and how the author chose to describe her experience. I would strongly encourage TPG to reevaluate the verbiage used to describe Midway to ensure that readers of all backgrounds feel they are respected for who they are and what their preferences may be.

Some may argue that I’m only writing this because one of my favorite airports was targeted, and that I wouldn’t have bothered had another airport been criticized. Perhaps, but perhaps not. For me, I responded because one, I’ve been to Midway; and two, I have experienced Midway with an open mind. I recognize that it truly is not the worst airport in America. Would I want to be delayed there? No, probably not. But I also wouldn’t want to be delayed in most airports.

I do know that if I had been assigned the job of describing the worst ranked airport of the year, I would go about that job a bit more delicately, and respectfully. I would not denigrate the people who use the airport, and I would try my best to ensure that the language is use on screen reflects the good intentions in my head.

If you feel strongly about anything I’ve said, or what was said in the TPG articles, I invite you comment below or write me at connect@adriandholmes.com. I love to keep stimulating conversations like this one going. By doing so, we build stronger bonds with our travel community, and together we can inspire each other to dream bigger, fly higher, and travel farther.

If the author of the TPG article is reading my response, I invite her to follow up with me. Feel free to tweet or email me!